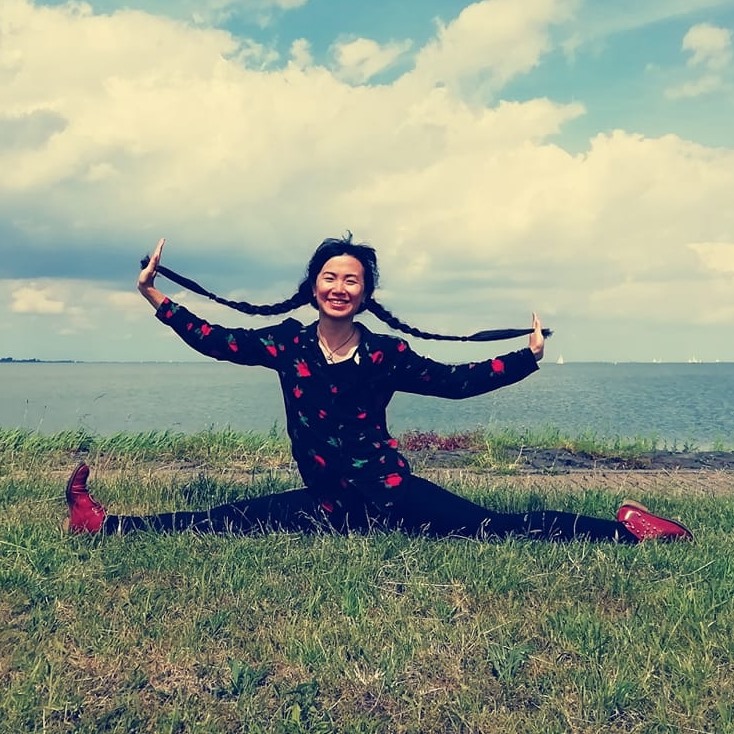 Hello, my name is Yiwen.

About Yiwen: A Beginner's Journey

Yiwen studied Computer Science in Shanghai before she moved to the Netherlands in 2004. In Amsterdam, she studied Multimedia and Culture at the Vrije Universiteit, conducted scientific research at the Rijksmuseum Amsterdam and later completed her Doctoral study (PhD) in Mathematics and Computer Science at the Eindhoven University of Technology. The long-term academic research brought her a deep interest in the scientific side of yoga, especially in anatomy and Sanskrit.

After finishing her PhD, Dr. Yiwen travelled one year (2010-2011) through Tibet and China, together with her husband Dr. Anton Eliens and their new born baby Yvette. They had many special experiences, including joining the Tibetan Buddhism funeral “sky burial” on the snow mountain. The journey back to her roots brought her a new perspective towards life, family and future.

In 2003, Yiwen took her first yoga class in the summer school of Shanghai University of Traditional Chinese Medicine, which became the beginning of an ongoing experience with many yoga teachers worldwide. In 2013, her second child Simone was born. Being a mother of two daughters shifted her interest and attention from practicing yoga towards teaching and sharing yoga with children. This brought her to London, where she completed a kids yoga teacher training (2014), and back to her new hometown Amsterdam, to follow a 500-hours Vinyasa Yoga teacher training at Svaha Yoga (2015-2016).

To deepen her knowledge of yoga, Yiwen and her family travelled to south India (2016-2017). At the Ashram Sri Ramana Maharshi in Tiruvannamalai, she studied vedanta philosophy and the Self-enquiry method; at the Amritapuri Ashram in Kerala, she visited the hugging mother Amma who teaches Bhakti yoga of love and devotion; and in Mysore, she took the advanced Hatha and Vinyasa Yoga teacher training. The India trip helped her connect the old tradition and wisdom with real experience and new inspiration.

Connecting with her Chinese background, Yiwen is also interested in Yin Yoga and its relation with ancient Taoism and Traditional Chinese Medicine. She took the teacher training in fundations of Chinese Traditional Medicine (TCM), "Yin Yoga for your bodies" from Bernie Clark, and "Advanced Yin Yoga teacher training based on TCM Meridians" from Jo Phee (Yinspiration) in the direction of "Yin Yoga: The Functional Approach" from Paul and Suzee Grilley.

Yiwen was born in a traditional Chinese Taoist family. “无为 Wu Wei” (Non-action) from Tao Te Ching was a life guidance in her personal growth. Compared with Yoga, 氣功 Qi Gong has a direct relation with her roots, and her mother.

Yiwen practiced Qi Gong with her mother in the childhood, but she stopped the practice as a kind of rebellion in her teen years. After she moved to the Netherlands and became a mother, Yiwen was interested in Qi Gong and started the practice again. She took trainings from different teachers in China, Taiwan, Amsterdam and London. One of the most influential teachers is Mimi Kuo-Deemer. Yiwen took the training "Qi Gong Fusion for Yoga teachers" from Mimi. The global Coronavirus pandemic is a serious warning from animals and nature. It pushes us to a green and healthy way of life, physical and mental. In the circumstance, Yiwen started to teach Qi Gong classes in the park. Compared with Yoga or other exercises, Qi Gong is an ancient art of moving meditation based on Yin Yang philosophy and Five elements of TCM. It is gentle and relaxing, which helps us to cultivate the Qi as the internal healing energy and find inner-peace with self and Nature. 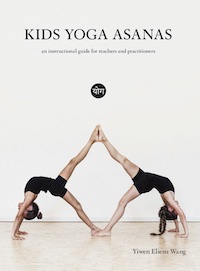 Yiwen is also a translator (Chinese-English) for articles and documentaries in the field of modern Chinese culture and art.
The most famous documentary which she translated is "Langs De Oevers Van De Yangtze" from VPRO. 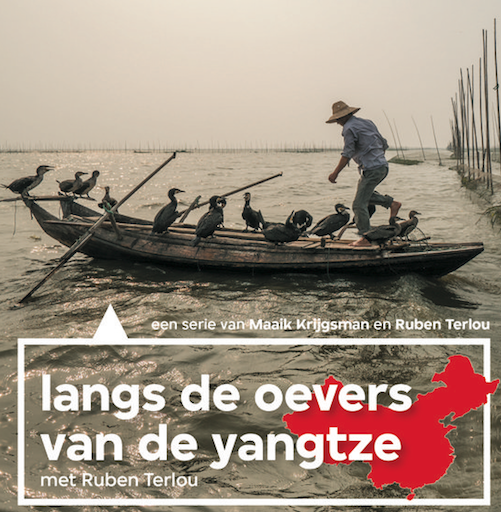 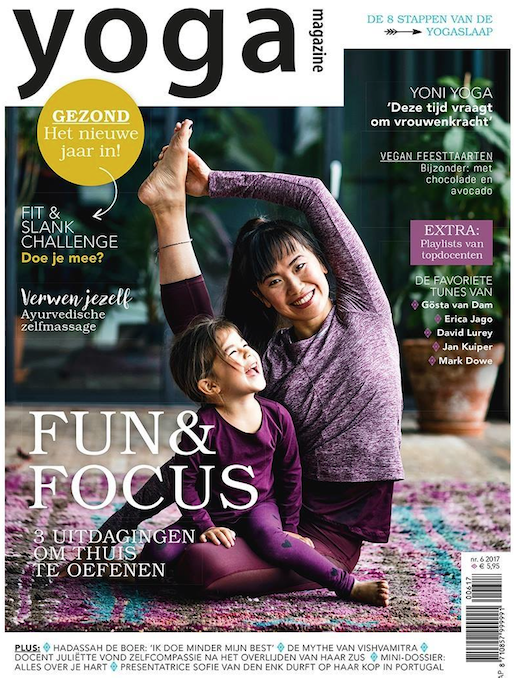 Yiwen and daughter (4 years old) are the cover yogis of the Dutch Yoga Magazine (December issue, 2017)
Read more about Yiwen and her demonstration of advanced poses for the "Mission I'm possible", please check the Yoga Magazine. 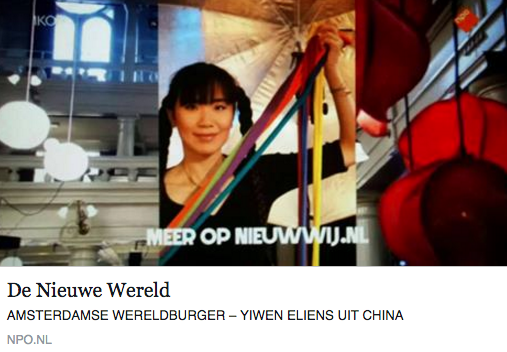 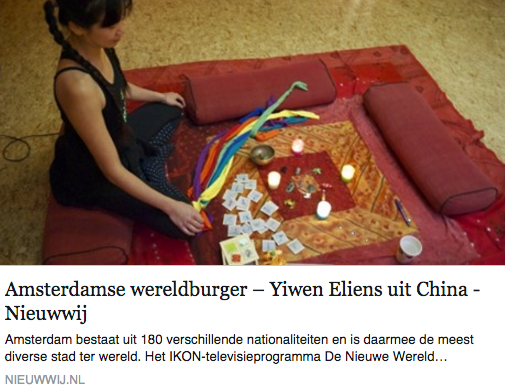